Maggie and I have submitted a proposal for an upcoming psychology conference. Here it is:
New Persons and New Societies: Using Social Media and Street-Level Advocacy to Teach Playful and Peaceful Compassion
Alfred Adler wrote “my psychology belongs to everyone.” Does yours? Increasingly psychology and those who practice it have responded to market pressures. Empirically supported treatments; managed care panels; utilization reviews; niche marketing strategies; publications... all important topics yet topics that distract from the possibilities of what psychology might be. Even those engaged in admirable work around issues such as war, poverty, trauma, and political asylum have lost focus. We have forgotten, as psychologist Ignacio Martin-Baró said, that “the challenge is not limited to addressing the destruction and disorders… The challenge is to construct a new person in a new society.”
Social networking platforms and street-level advocacy provide novel ways to engage new groups of people. These venues provide new possibilities in constructing new persons in new societies. This 90 minute workshop starts first with examining the effort of one psychologist and his dog in utilizing psychological principals to build community and spread a message of playful and peaceful compassion. Participants can then anticipate a highly interactive and hands-on workshop covering the following topics. Each will leave with a personal goal oriented action plan.
About the presenters:
Jason Evan Mihalko, Psy.D. is a psychologist who maintains a private practice in Cambridge Massachusetts. Magnolia Wigglesworth is a registered therapy dog. Together both work toward spreading a message of playful and peaceful compassion. You can learn more about their work at http://drjasonmihalko.com/Contact.html
Posted by Unknown at Friday, March 25, 2011 2 comments: Links to this post

It's a Beautiful Day in the Neighborhood

Today would have been Fred Rogers 83rd birthday. When he was awarded an Emmy in 1997 Mr. Rogers said the following: "All of us have special ones who have loved us into being. Would you just take, along with me, ten seconds to think of the people who have helped you become who you are."

Until I was reminded that it was Mr. Rogers' birthday today I hadn't realized (a) how much I missed the Neighborhood of Make Believe and (b) what an impact Mr. Rogers' had on me. I used to watch him every day when I got home from school (or maybe it was before I left for school) for years. It's likely part of of the well of optimism that I draw from. Why, there have been a few who have, at times, accused me of living in the Neighborhood of Make Believe.

Just a few days before his birthday the U.S. congress voted to end all funding for the Corporation for Public Broadcasting. Here he was in 1969 defending the importance of Public Broadcasting. During his testimony he said: "This is what I give, I give an expression of care every day to each child. To help him realize that he is unique." It's a shame he wasn't around last week to deliver the same message.

Happy Birthday Mr. Rogers. Thanks for teaching us all that "there is only one person in the whole world like you and people can like you exactly as you are." A great place to reacquaint yourself with the neighborhood, or explore it for the first time, is here.

A Single Drop of Rain

Enlightenment is like the moon reflected on the water. The moon does not get wet, nor is the water broken. Although its light is wide and great, the moon is reflected even in a puddle an inch wide. the whole moon and the entire sky are reflected in dewdrops on the grass, or even in one drop of water.

Enlightenment does not divide you, just as the moon does not break the water. You cannot hinder enlightenment, just as a drop of water does not hinder the moon in the sky. The depth of the drop is the height of the moon. Each reflection, however long or short its duration, manifests the vastness of the dewdrop, and realizes the limitlessness of the moonlight in the sky - Dōgen (1200-1253) 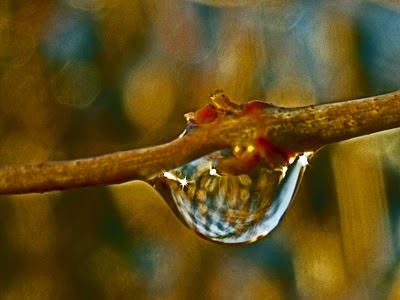 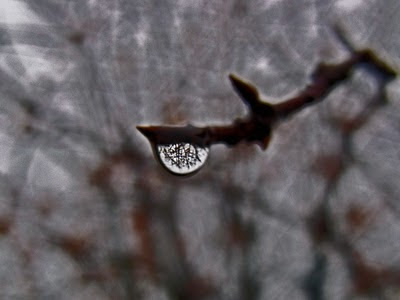 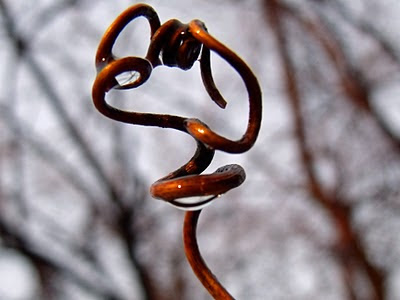 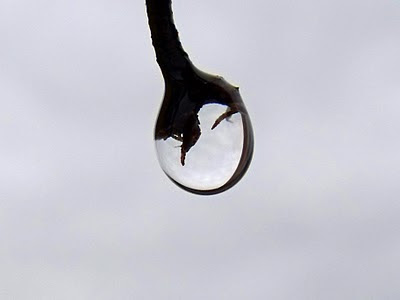 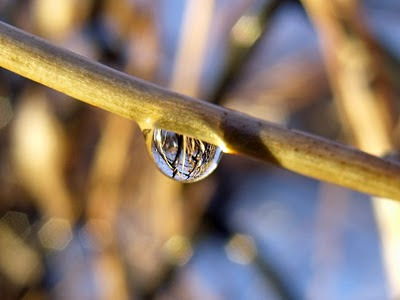 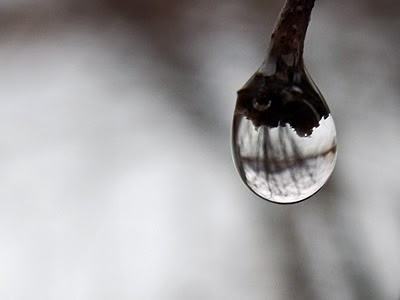 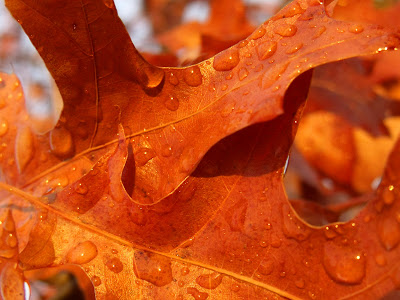 I've always been a fan of Greek and Roman mythology--who am I kidding. I've always been a fan of any kind of mythology. Greek, Roman, and Egyptian mythologies provide such interesting windows of how the world was once understood. There are other mythologies that I'm interested in too--take psychology for example. While we cloak our field with the garments of the scientific method, there are times that I feel that psychology is yet another elaborate mythology that tries to explain our human condition. 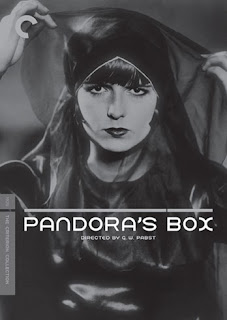 I risk digressing here, so back to what I wanted to write about today: Pandora was robbed. That's right. Over the centuries we've chopped away at her story and lost some key parts of the story--and in doing that we've created a whole different mythology.
Pandora seems to most often be depicted as a Jezebel--a dangerous character who wittingly or unwittingly releases evil upon the world. Alternatively, when referring to her box, we talk about something that should be avoided. One wouldn't want to open Pandora's box. It's too difficult. it's too dangerous. It's not the right thing to do.
Did you know that Pandora's box wasn't really a box? It was a jar.
As the story goes, Zeus (you all know him, right?) ordered Hephaestus (the god of craftsmanship) to create a woman. Hephaestus did just that with water and earth. Other gods gave Pandora talents and gifts. Aphrodite gave her beauty, Hermes persuasion, Apollo music, Athena wisdom, etc.
Pandora thus was known as "all-gifted." 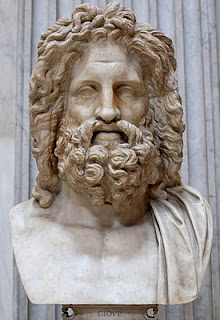 Zeus, always being the one to argue and bicker with other gods, got ticked off when Prometheus (known for his forethought and intelligence) stole fire from heaven. To exact vengeance, her presented Prometheus' brother Epimetheus (known for hindsight, or afterthought) with Pandora. Along with Pandora, he sent a jar which under no circumstances was she to open. Being gifted with curiosity, Pandora of course was going to open the jar. As most of you who already know this story, all the evil contained in the jar escaped and spread around the world. Pandora tried to close the jar but everything had escaped.
Everything escaped but one last thing--hope. That part of the story seems to be consistently lost.
From all accounts, Pandora was was similar to the Christian archetype of Eve. Prior to Pandora, the world was a nice place. Eve got curious about the apple and everyone got expelled from Eden. Pandora gets curious about what's in the jar and Earth becomes sullied by evil. 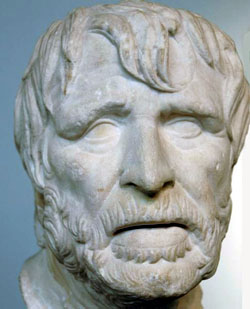 Somewhere around the seventh century B.C., the story of Pandora first appears in print. Hesiod writes

From her is the race of women and female kind;
of her is the deadly race and tribe of women who
live amongst mortal men to their great trouble,
no helpmates in hateful poverty, but only in wealth.

He ends the story with this:

Only hope was left within her unbreakable house,
she remained under the lip of the jar, and did not
fly away. Before [she could], Pandora replaced the
lid of the jar. This was the will of aegis-bearing
Zeus the Cloudgatherer.

A hundred years later or so another poet gives an altered view of Pandora and suggests she didn't open the jar at all--a foolish man did. Theognis writes:

Hope is the only good god remaining among mankind;
the others have left and gone to Olympus.
Trust, a mighty god has gone. Restraint has gone from men,
and the Graces, my friend, have abandoned the Earth.
Men's judicial oaths are no longer to be trusted, nor does anyone
revere the immortal gods; the race of pious men has perished and
men no longer recognize the rules of conduct or acts of piety.

Some scholars point out that the reading of this text suggests that Pandora's jar was actually filled with blessings--not evil.
What we don't know is what the ancient Greeks really thought about Pandora. Did Hesiod reinterpret her story? Was Theognis more accurate to the original telling of the tale?
The answer to this is likely lost forever in translation. Depending on how one translates the ancient language Pandora's jar can be seen as either a prison or a pantry. The jar-as-prison suggests that it contained evil and that evil was intended to be kept away from humankind. Interesting then that hope was kept in prison. In this reading, hope is something forever kept from humankind and we are forever tortured by the evils of the world. The jar-as-pantry suggests that Pandora's jar contained gifts. Precious gifts that were perhaps lost when a foolish man (or Pandora herself) opened up the pantry and squandered those gifts. Except of course for the gift of hope.
What does it all mean? In the end, I think each of us need to make this decision on our own.

Zeus did not want man to throw his life away, no matter how much the other evils might torment him, but rather to go on letting himself be tormented anew. To that end, he gives man hope. In truth, it is the most evil of evils because it prolongs man's torment - Friedrich Nietzsche

Perhaps they are not stars, but rather openings in heaven where the love of our lost ones pours through and shines down upon us to let us know they are happy - Eskimo Proverb

Hope never abandons you: you abandon it - George Weinberg

Posted by Unknown at Saturday, March 05, 2011 No comments: Links to this post