We too have lived 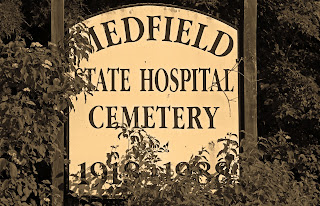 After my walking tour of the abandoned Medfield State Asylum property yesterday, I set out looking for the cemetery where many of the people who called the hospital home were buried. If you blink while driving along Route 27 you'll miss this sign that is obscured by greenery.

From the opening of the hospital in 1896 until the influenza epidemic of 1918, patients who died while in the care of the hospital were buried in one large anonymous grave at the Vine Lake Cemetery. Deaths were not uncommon at the asylum. The first annual report of the institution stated that 24 patients died in the first five months of operation. 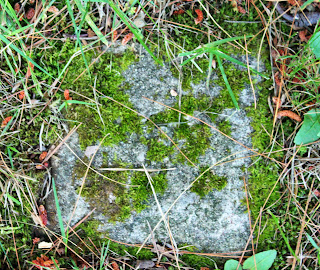 From 1918 through 1988, the hospital buried patients in their own four acre cemetery. This is the cemetery that I visited yesterday. It is fitting, somehow, that the cemetery is difficult to find. The people buried here disappeared with a blink of the eye from the view of society. All that remained of their lives were fist sized stone grave markers engraved with a number. The person's catalogue number, the only memory of who they were, are in some cases erased from the erosion of water and wind.

In other cases, the number remains but the records of who they were were long since lost. People--mothers, fathers, sisters, brothers, children of someone where banished from the view of society and left in the care of the state. All the remains of these individuals is a number etched in stone. 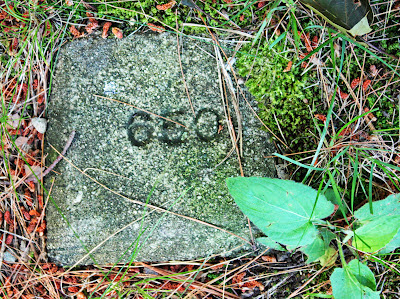 In 2005 a group of citizens including a troop of dedicated boy scouts. cleaned the cemetery, scoured public records, and raised funds to place gravestones in the cemetery that remembers the names of those who were erased from time. Many--though not all--of the lives of those forgotten are now remembered.

A newspaper article quotes a former hospital volunteer who said "I was surprised by the lack of respect shown to these people. It was almost like warehousing, it made it smooth and quick. It was to keep things anonymous. A lot of people felt the mentally ill people are not as important in life or death. It was a combination of factors, perhaps because they were considered less important than others in society." 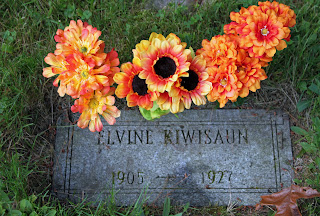 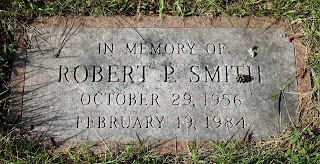 It isn't as if these forgotten lives were a thing of the distant past. The staff of the Medfield hosptial were reducing people to numbers in this cemetery as last as 1988. Here on the right, is among the last of the patients at the then called Medfield State Hospital that were forgotten and lost until 2005.

Spend a moment today thinking about what you aren't looking at. Turn your attention to the things you avoid. Look at what you think you cannot look at. We owe it to people like Number 650, Fred Colson, Robert Smith, and Elvine Kiwisaun. We owe it to ourselves. 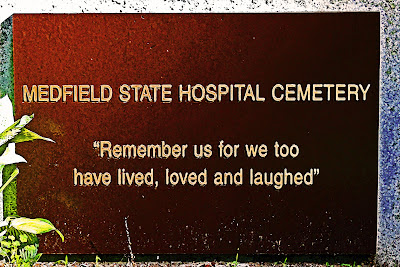