A few months back I was innocently opening a package of gum and noticed a fancy barcode that was in color and consisted of a variety of different colored triangles. I did a little research and discovered that Microsoft developed a tag system so businesses and other individuals could tag materials (places, products, etc.) with a readable barcode that could direct the individual to online information via their mobile phone. I thought that was kind of a cool idea.

I am running low on business cards and have been working on tweaking the design. I remembered the Microsoft tag and wondered about adding it to the back of the business cards. I'm still not sure about that. I however am sure that I have spent the better part of the last hour fooling around with different technologies. 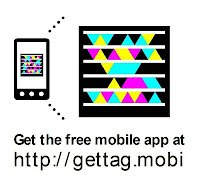 This first tag, which uses Microsoft's technology, will provide you with my professional contact information. I could get carried away here and make different tags. One, for example, might direct the individual to this blog. Another could deliver a text message or email containing information that I might find helpful.
The other service that people use are the more "standard" 3d black and white bar codes. These QR codes were invented in Japan in 1994 to assist with information being read at high speeds--particularly in the manufacturing industry.
Here are a few examples of these codes. If you scan them they will direct your mobile phone to this blog, Maggie's blog, and Maggie's Facebook page. What do you think? Useful? Not useful? I find myself wishing that one tag or bar code could contain all this information. 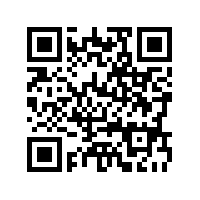 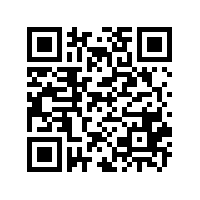 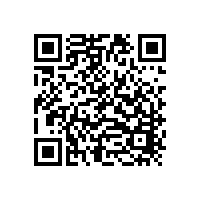 Posted by Unknown at Saturday, May 29, 2010 No comments: Links to this post

Email ThisBlogThis!Share to TwitterShare to FacebookShare to Pinterest
Labels: News, Try This, Updates

Quote of the Day

One of the things I enjoy most about keeping this blog is having the opportunity to interact with people that I wouldn't ordinarily know. Here is a quote sent in from a visitor:


A human being is part of the whole called by us universe, a part limited in time and space. We experience ourselves, our thoughts and feelings as something separate from the rest. A kind of optical delusion of consciousness. This delusion is a kind of prison for us, restricting us to our personal desires and to affection for a few persons nearest to us. Our task must be to free ourselves from the prison by widening our circle of compassion to embrace all living creatures and the whole of nature in its beauty. The true value of a human being is determined by the measure and the sense in which they have obtained liberation from the self. We shall require a substantially new manner of thinking if humanity is to survive. -- Albert Einstein, 1954

Posted by Unknown at Saturday, May 22, 2010 No comments: Links to this post

Email ThisBlogThis!Share to TwitterShare to FacebookShare to Pinterest
Labels: Inspiration

I'm beginning to be fairly sure that puppies and mindfulness do not mix. Perhaps they do mix, but puppies are only intended for the use of highly skilled mindfulness practitioners. I've been innocently recording my current fascination with dandelions. They are very hardy plants: the ones in the field near my home resist even the department of public works grass cutters. The wild violets have been mowed down, nearly all the buttercups are flattened, but the white fuzzy globes of the dandelion stood strong.
It was sunny this morning, the wind was calm, and the sky was bright blue. I thought it might make a nice backdrop for a few images of the dandelions. Maggie was occupying herself sniffing so I thought I'd have a few moments to concentrate on composing an image and letting everything else flow out of my mind. 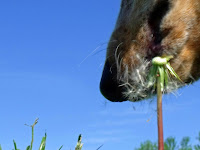 Maggie, as you see, had a completely different idea. As soon as she saw my laying down in the grass focused intently on something she wanted to know what I was up to. Naturally if I was staring at it that closely it must be some sort of delectible treat. Right? Of course. So through the view finder of my camera a big wet shiny nose appears and chomp--there goes my dandelion. 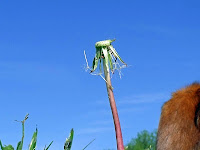 I did not find this the least bit amusing. Doesn't she know I was trying to take a picture? With an earnest expression, I tried explaining this to her. I think she was secretly a bit exasperated with me. She after all has explained to me time and time again that she doesn't speak English and despite my earnest words, she doesn't have the slightest clue as to what I'm speaking about. She might have to sit me down a few more times and explain this to me before I can consistently remember.
Anyway, she looked at me with her warm brown eyes, wagged her tail, and chomped on another dandelion. She must have decided that my earnest conversation was an explanation of the health values of dandelion greens as she left the stem of the flower behind and started tearing off the leaves.
This whole episode was rather funny and cute: my laying in the grass, Maggie leaping over me to eat the target of my attention, and well timed photo with her mouth filled with the evidence of her playfulness. How many times do things like this happen and the experience isn't so cute? How many times to we assume the meanings behind people's actions and respond with emotions or behaviors that end up being totally unrelated to what is really going on?
It would have been totally ludicrous for me to yell at Maggie. She didn't eat the flowers to annoy me, she ate the flowers because from her perspective, I was on the ground stalking them. She figured she'd join in on the hunt. How many times do we yell at children, spouses, friends, or store clerks for reasons that only exist because our faulty interpretations of their behaviors?
Maybe puppies and mindfulness are a very good combination. Maybe with more experiences likes this, a mindfulness of day-to-day interactions will grow and help me notice the times when I'm responding based on an interpretation of the reasons behind behaviors rather than actual knowledge about the intention behind behaviors.
I did, in the end, get the image I wanted of a dandelion. I gave Maggie a task to focus on while I went about doing the things that were of interest to me. Here is the same image, two ways. Have a favorite? 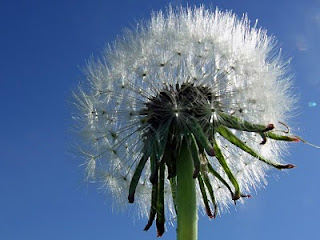 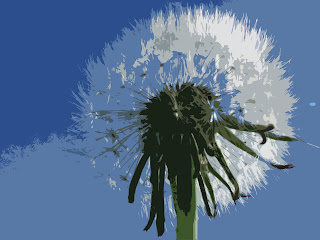 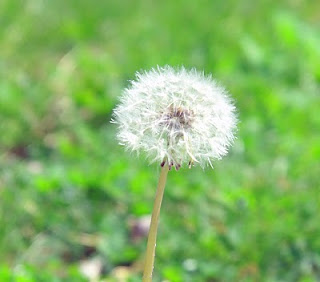